Where Does Your Water Come From?

Beautiful Lake Erie! It is the eleventh largest lake in the world (by surface area), the fourth largest of the Great Lakes (in surface area) and the smallest by volume. 95% of Lake Erie's total inflow of water comes via the Detroit River and St. Clair River from all the "Upper Lakes" - Superior, Michigan and Huron. The remaining 5% comes from precipitation.

Lake Erie is the shallowest and warmest of the Great Lakes and is especially vulnerable to fluctuating water levels.

Painesville's Water Treatment Plant sits on the shores of Lake Erie in Mentor Headlands and pumps over 4 million gallons of water a day to customers in Painesville City, Grand River and sections of Painesville and Concord Townships. Established in 1896, the plant has the capability to handle up to 7.5 million gallons per day. Painesville City Public Water Supply operates under unconditional license OH 4301611.

In 2020, the Painesville Water Plant’s new 4,000-foot raw water intake was completed. The $14 million project, which had been in the works since 2015, was an example of modern engineering and local collaboration. The new intake broke a U.S. construction record with Ric-Man Construction Inc. achieving the title of the longest microtunneling project in the United States by tunneling 25 feet below the bottom of Lake Erie’s shale and clay for a total of almost 4,000-feet for the 60-inch pipe.

The City’s old 36-inch, 4,000-foot water intake was originally designed in 1951 and was plagued with problems from the beginning. Due to unforeseen joint and pipe issues, the water plant was only able to pull water 1,500-feet from shore. After years of repairs, the remaining 2,500-feet of pipe and intake crib was abandoned in 1968.

After the harmful algal blooms that plagued Lake Erie’s western communities in 2014, the Ohio EPA began offering planning and design loans at 0% interest to encourage development that prevents harmful algal blooms from affecting community water supplies. With this loan, the new water intake project became a reality for the City of Painesville.

In 2014, the City selected Burgess & Niple to prepare plans and specifications for the new water intake. Ric-Man Construction Inc. was named the primary contractor and construction engineer and inspector, Mannick Smith Group, were all able to work together with water plant staff to resolves design and construction issues throughout the three and half year construction.

The new intake is projected to help save costs on reduced treatment processes and require less wear and tear on plant equipment, making for a more efficient water treatment process. “Generally, the further out you are, the cleaner the water,” said Orin McMonigle, Painesville Water Superintendent. “Lake Erie is a fantastic water source regardless of where you pull from, but the deeper you can get, the less contaminants there are from nature and humans.” 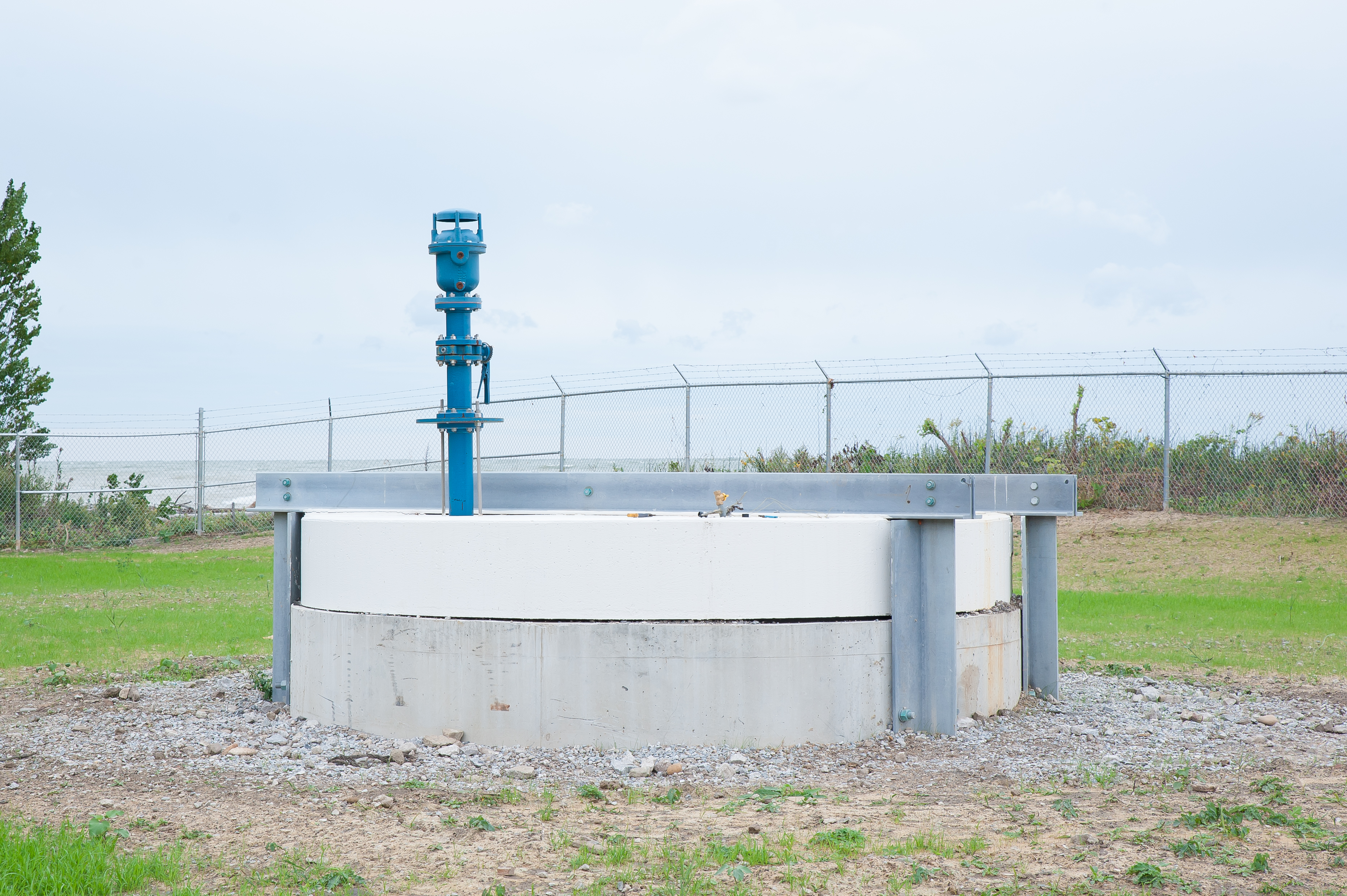 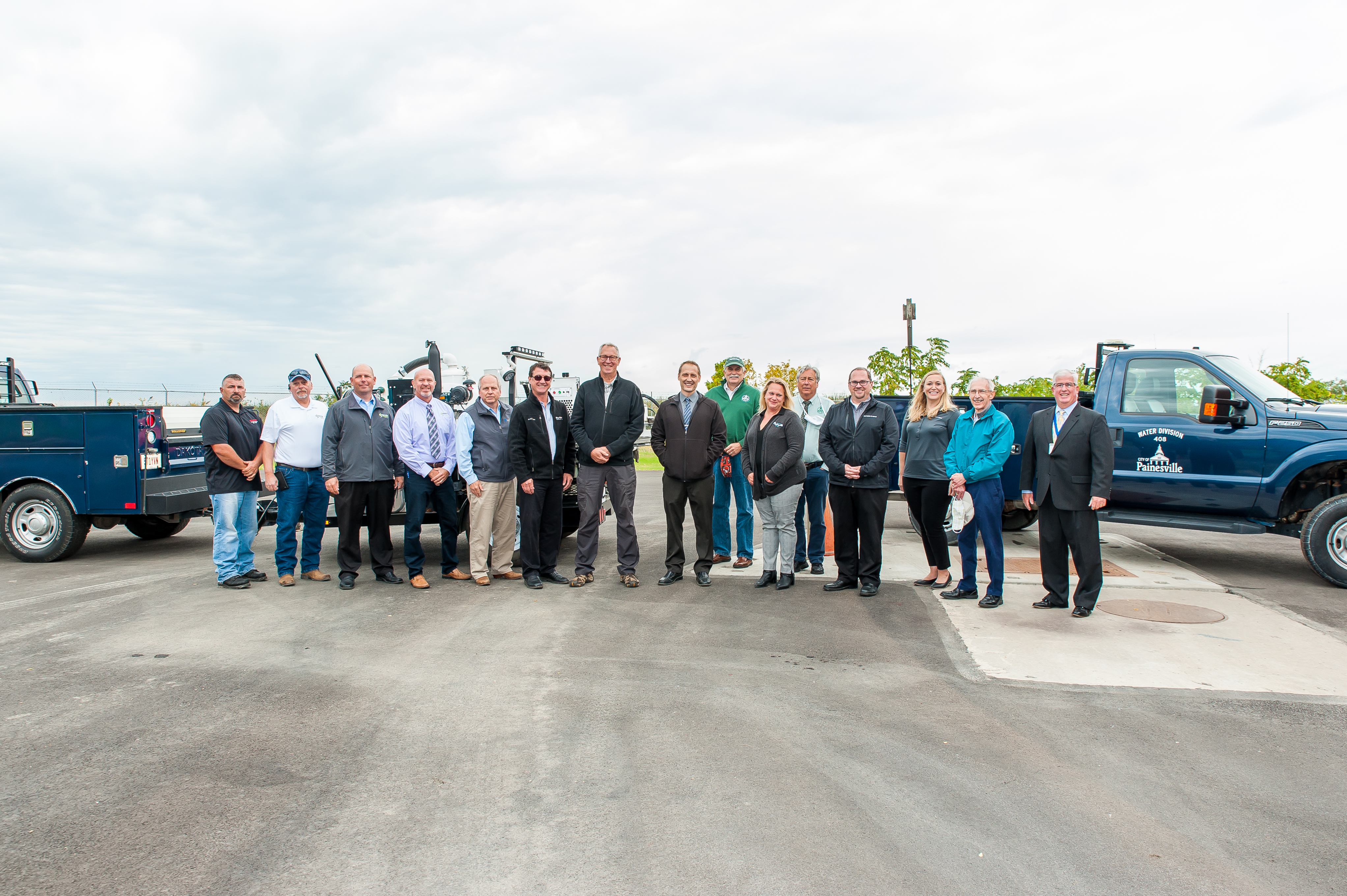 The lake was gouged out by glacial ice between 1 million and 12,600 years ago. It was one of the first Great Lakes to be uncovered during the last retreat of the glacial ice. The oldest rocks from which the Lake Erie basin was carved are around 400 million years old and formed in a tropical ocean-reef environment.

Lake Erie and its shoreline are a major source of many minerals. The largest sandstone quarry in the world is located in Amherst in Lorain County, Ohio. Salt mines in Cuyahoga and Lake Counties extend out under Lake Erie and are an important source of revenue to the State and local economies. Sand, gypsum and limestone used for construction purposes are also found in abundance. Large reserves of natural gas, over 3 trillion cubic feet, are located under Lake Erie.