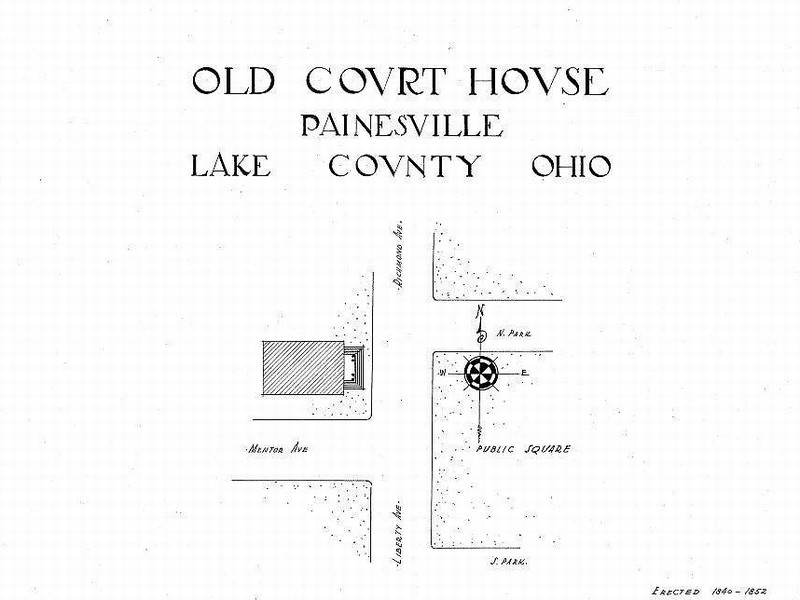 The Courthouse Disaster was the rallying cry that started the Painesville Fire Company. The fire caused much damage and destroyed building materials of the new Lake County Courthouse that ultimately delayed the completion of the building until 1852. Know more about this event? Contact [email protected] 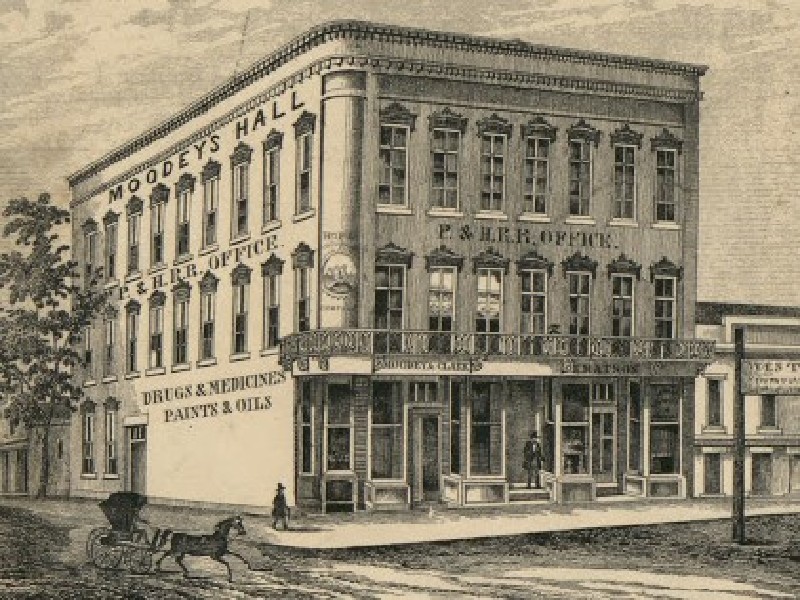 The entire southern business district located on Main Street is destroyed by fire. The loss was estimated at $100,000 (1857 dollars) or $2.89 million in today’s money. Know more about this event? Contact [email protected] 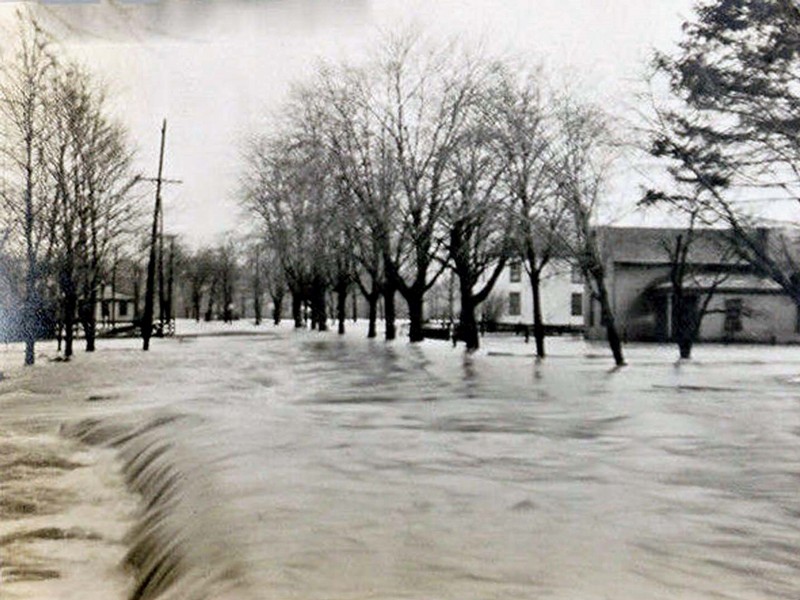 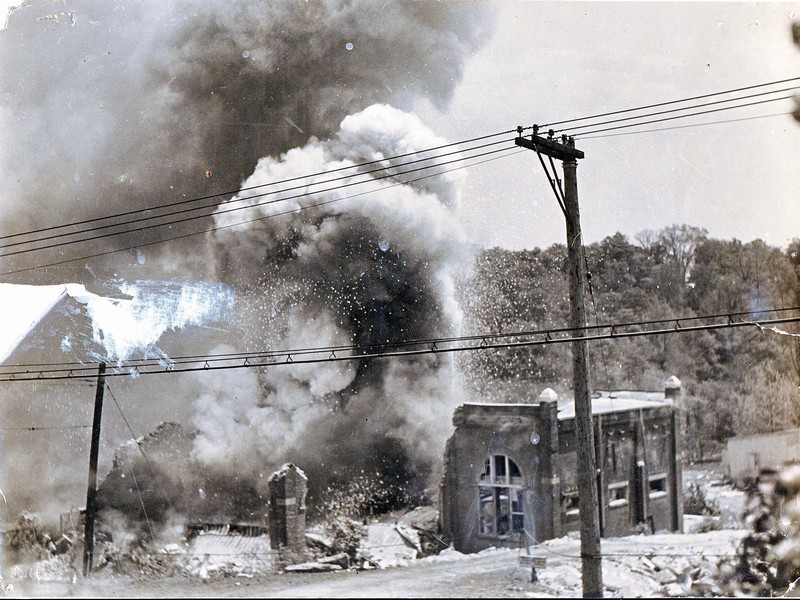 On December 19, 1945 one of the most disastrous fires in the history of Painesville swept through Main Street causing extensive damage to the Woolworth building, the Cleveland Trust Co. Bank, Landphair's Market and various departments of the Gail G. Grant department story. Three firefighters were injured during the fire. The department received three other reported fires during the time they were battling the Main Street fire. 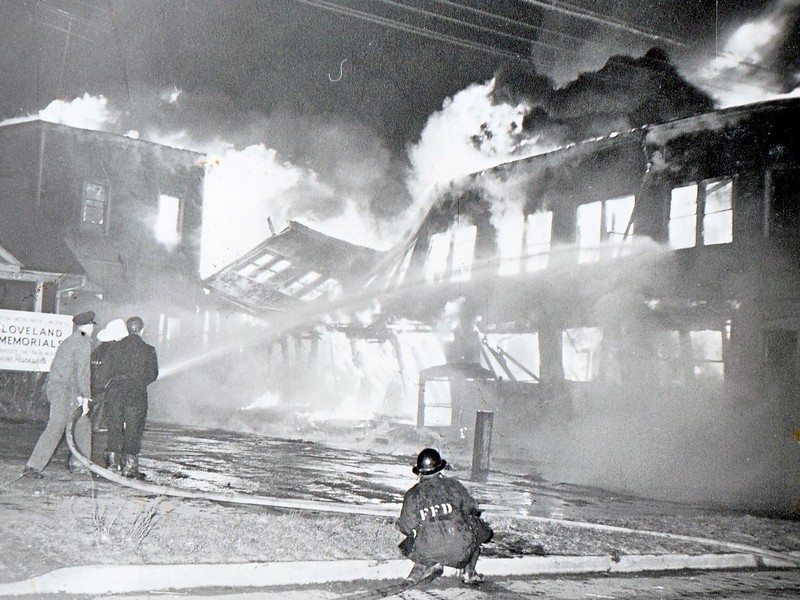 On December 20, 1949, the department responded to a fire at the Riverside Apartments located at 100 S State Street at 4:20 a.m. Crews fought the flames for over 24 hours. Lake Theater and the Home of St. John also sustained damage. 27 people were forced to seek shelter elsewhere, however, no injuries were reported. Cause was undetermined but believed to have started in the furnace room in the basement with either hot ashes or careless disposal of newspapers. 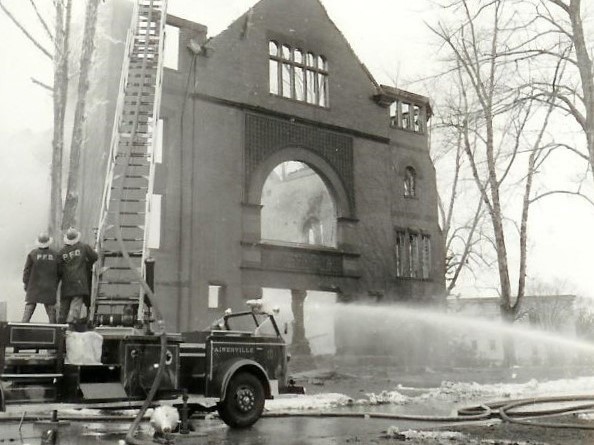 A devastating fire destroyed Memorial Hall on Lake Erie's campus on April 13, 1957. Memorial Hall was a five story brick structure built in 1890 housing dormitories, a chapel, lecture rooms and music rooms. It was connected to College Hall via a corridor. The fire was reported at 2:06 a.m. by students returning to their dorms and all occupants escaped safely. The building was completely destroyed and damage extended into the attic of College Hall. Losses included college records, personal possessions, two valued organ pianos, priceless art objects, historic photos and at least four memorial stained glass windows. 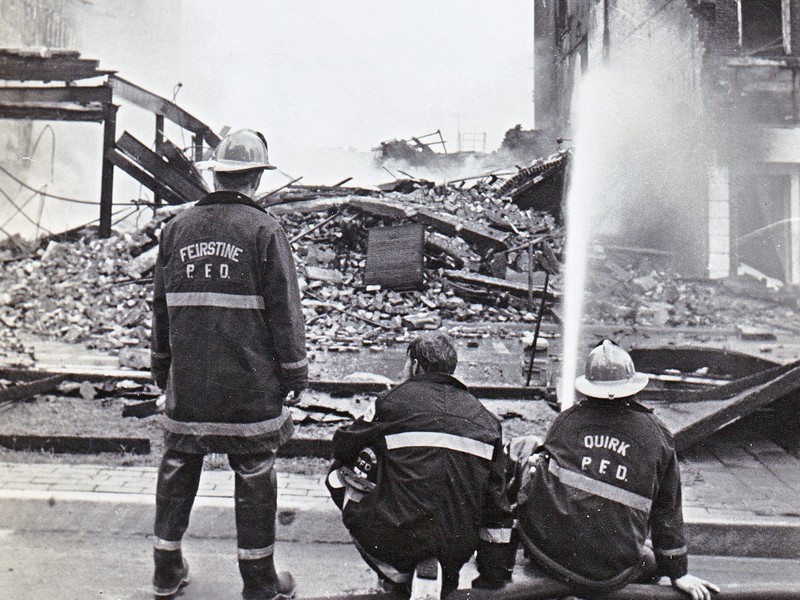 On December 11, 1958 a fire was reported at 11:13 p.m. on State Street. 150 local firemen assisted with the blaze that lasted until 5:25 p.m. the next day. The State Street Building housed four first floor businesses including Gartman's Bakery and B.F. Goodrich, along with 14 offices on the second floor. The fire was attributed to faulty wiring. 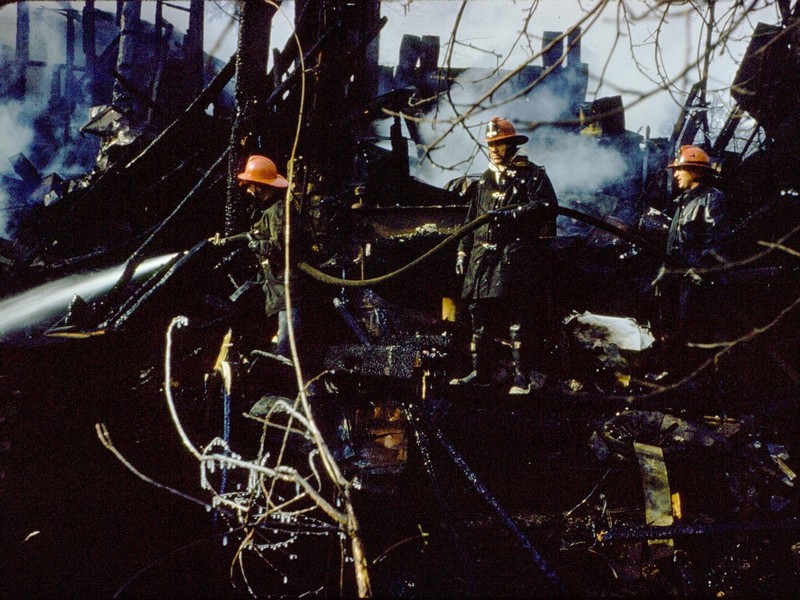 In the morning of December 26, 1958, a fire was reported at Abbott's Mill at the base of Main Street hill on the Grand River. Crews pumped water for six hours and did not clear the scene until later that evening. The cause was determined to be an overheated stove which set a wall on fire and the structure was deemed a total loss. The mill was eventually demolished. 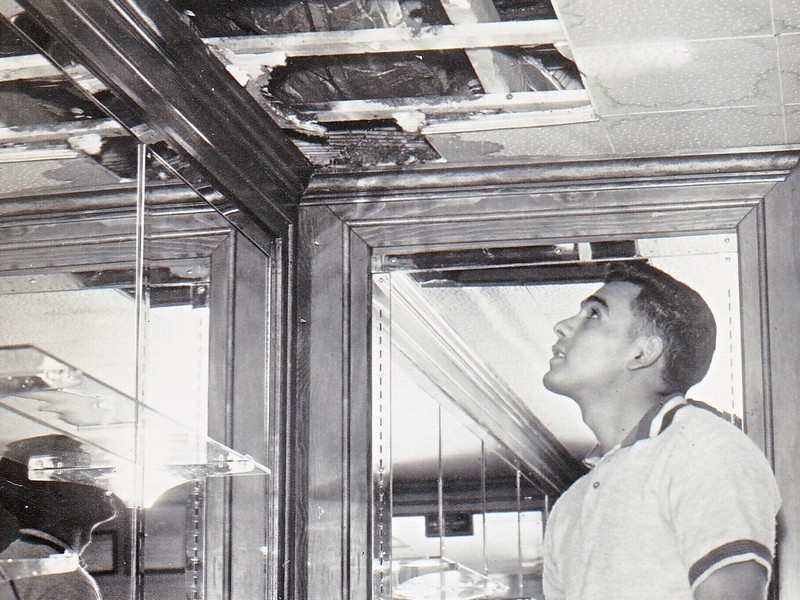 On November 23, 1962 the department responded to 792 Mentor Avenue (current Rider's Inn) at 12:53 a.m. for a reported fire. The fire began in the basement and extended into the walls, reaching the 2nd floor of the east wing. The cause was attributed to faulty wiring. No injuries were reported. 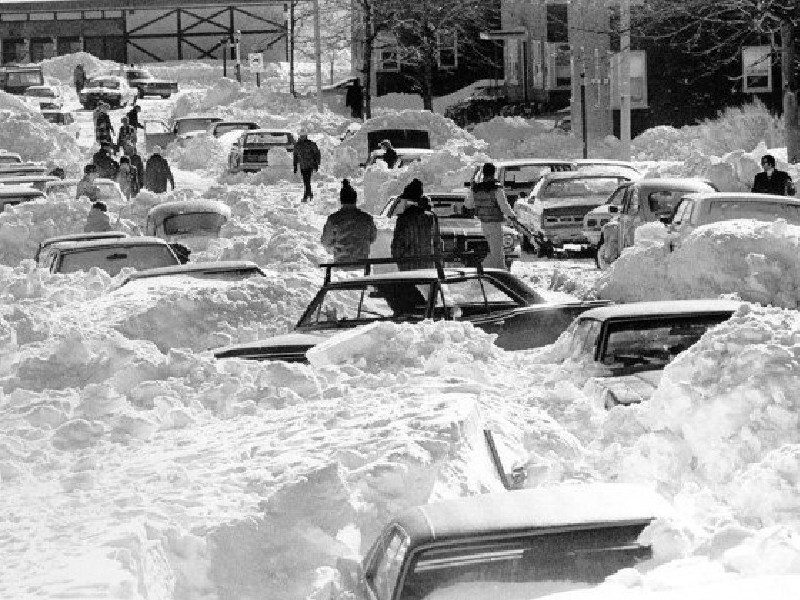 The Blizzard of '78 or the "white hurricane" had winds 40-60 mph and gusts as high as 102 mph, with the lowest recorded barometric pressure in city history at 28.28 inches. Roads were impassable and many were stranded in place. 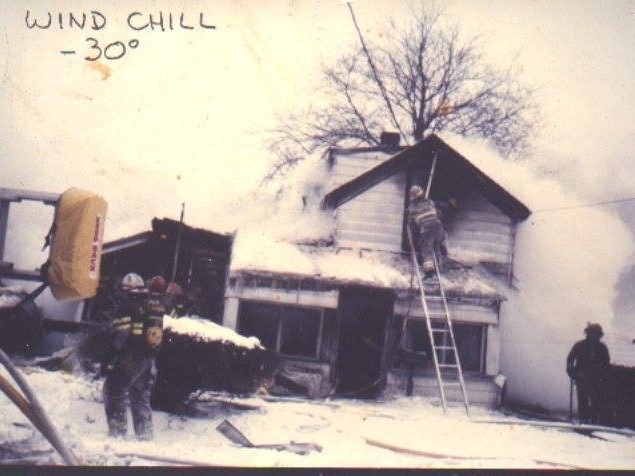 House fire with a wind chill of -30 degrees. 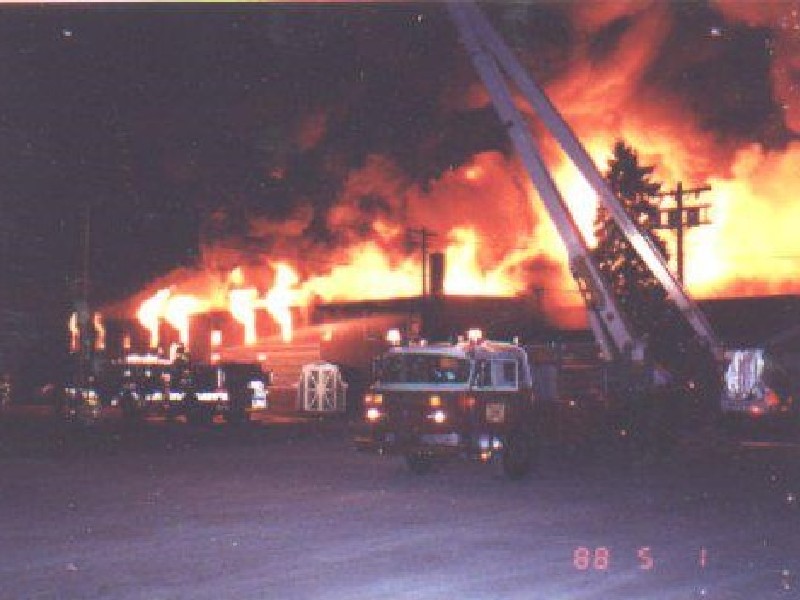 On April 30, 1988 at 9:50 p.m. a fire was reported at Colony Lumber located at 1083 Mentor Avenue. When units arrived to the scene it was estimated that 25% of the structure was already involved. 15 additional fire departments and the Lake County Emergency Management Agency joined Painesville to control the fire into the next day. The cause of the fire was undetermined due to the extensive destruction and the loss was placed at $1.5 million. 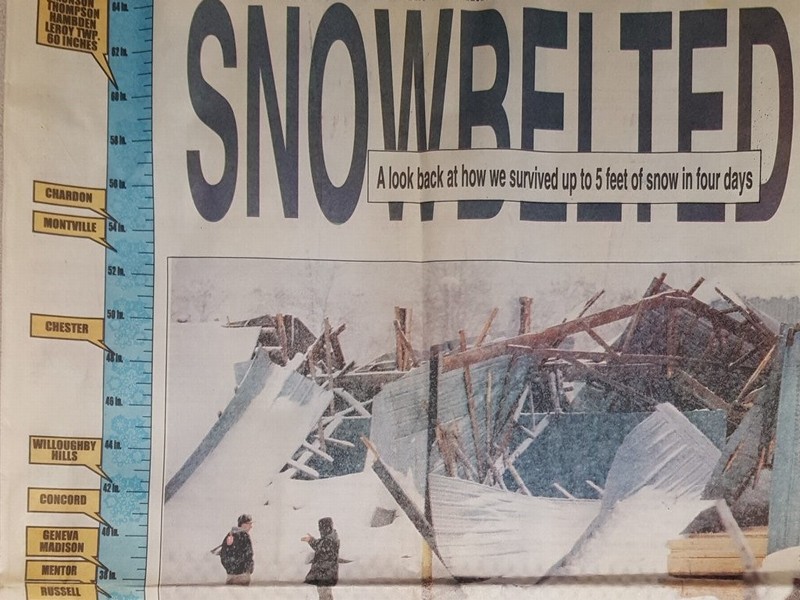 On November 10, 1996 Northeast Ohio was hit with a blizzard that dumped over three feet of snow in less than 24 hours. Travel was nearly impossible and areas of the City were impossible to reach for nearly 12 hours. PCFD, like most departments in Northeast Ohio, was overwhelmed with calls, responding to over 100 by 3:00 p.m. Most calls were for down wires, activated fire alarms and medical emergencies. 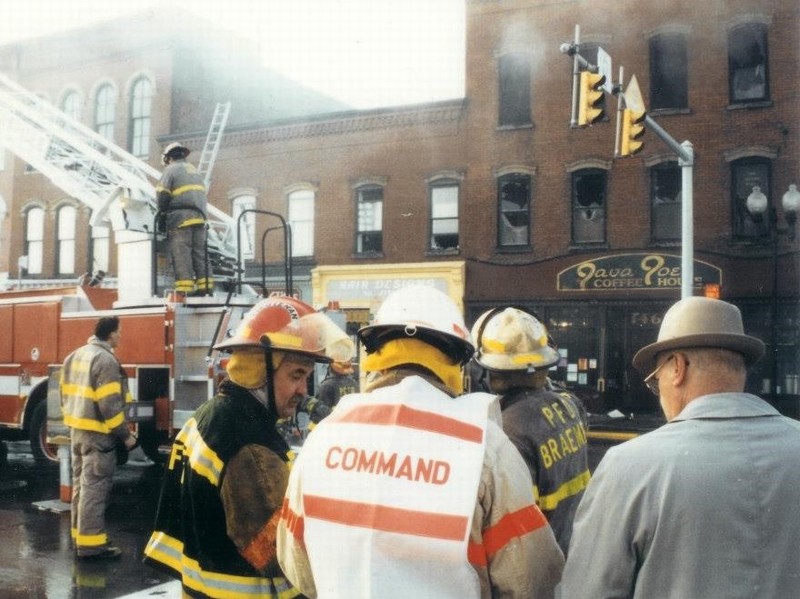 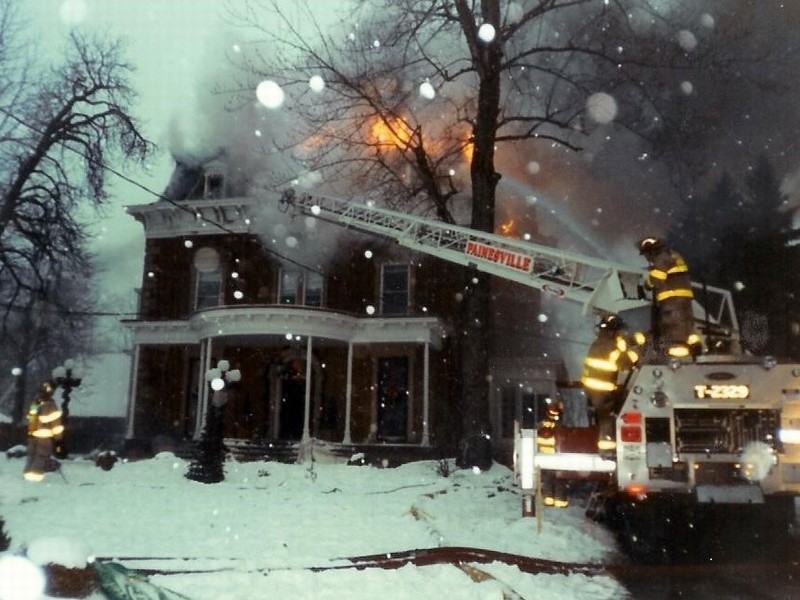 At 3:36 p.m. on January 3, 2001 a fire was reported at the Steele Mansion at 348 Mentor Avenue across from Lake Erie College. Crews fought the flames until 8:30 p.m. The cause was determined to be the use of heating torches to remove built up ice from the structure. The roof was completely destroyed as well as much of the interior. Built in 1867, it was said to be the grandest home in Painesville through the early 1900s. Many famous visitors stayed there through the years including Amelia Earhart. The home transferred between private ownership and the college a few times but sat largely empty. After the 2001 fire, the mansion remained abandon until December 2010 when a couple bought the property and restored it to it's former grandeur as a Bed and Breakfast. 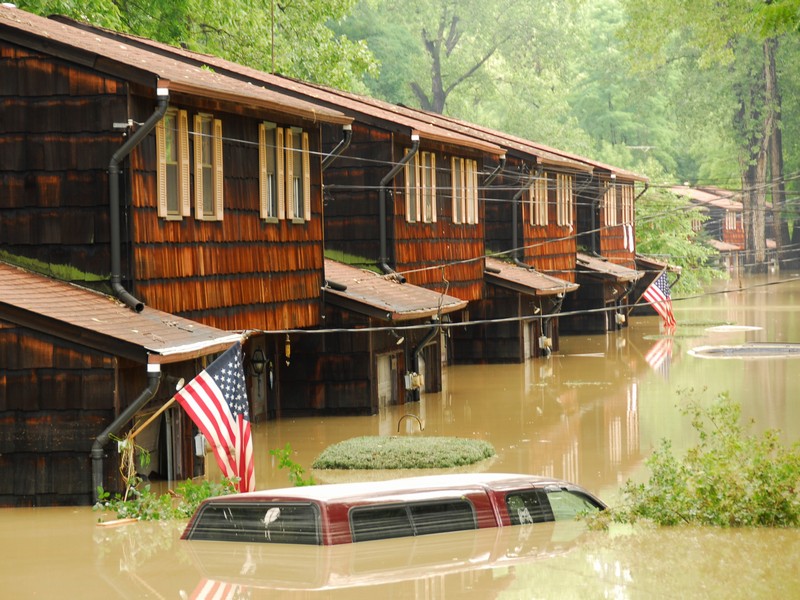 On July 27-28, 2006 Northeast Ohio was hit with torrential rain. Flooding was common across the area with Lake County hit hard and the City of Painesville hit the hardest. Initially the rains caused flooding of underpasses and along streets where the storm sewers were unable to handle the sudden heavy rains. As the rain continued into the evening of July 27, the City experienced flooding in areas that had never flooded before. Water levels in residential streets far from the Grand River reached three feet or higher.

By 1:00 a.m. on July 18 it was evident that the flooding had reached disastrous levels. By 3:00 a.m. the Grand River had spilled over its banks. The river peaked at 10:00 a.m. at nearly 18 feet (flood stage is eight feet), a record level for the Grand River in Painesville. Over 300 residents were evacuated from their homes.

Two condominium developments off of E Main Street were totally destroyed and determined to be beyond repair. The cost of this disaster was well over $10,000,000. Fire departments from across Northeast Ohio responded to this emergency. The Coast Guard also assisted in rescues via helicopter. Despite the tremendous damage to property, there was no loss of life or serious injuries sustained due in part to the quick actions of emergency crews. 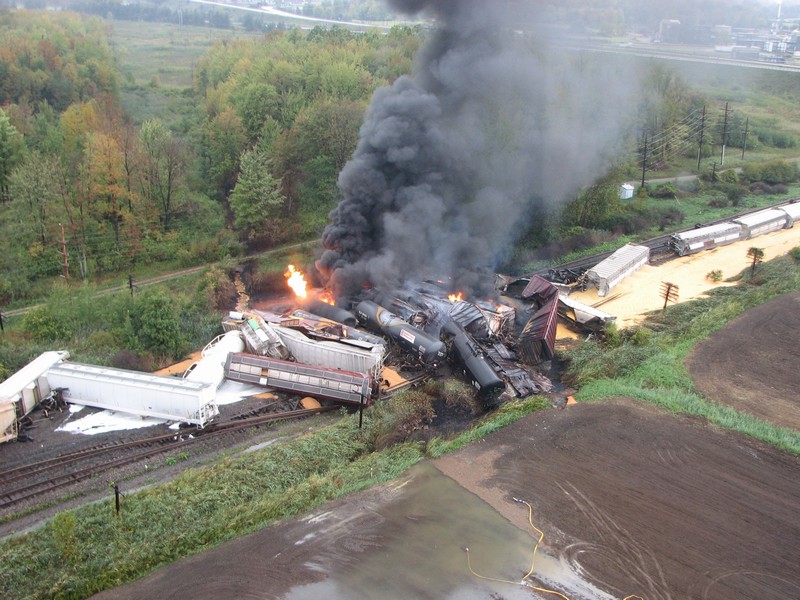 At 12:00 noon on October 10, 2007, a CSX train carrying pulling 112 cars east bound near Shamrock Blvd derailed. The then remote area north of W Jackson Street, is a watershed that feeds the fragile nationally-protected Mentor Marsh. 32 cars derailed in the crash, most of which were non-hazardous and 9 of which presented major concerns: 6 ethanol tankers, 1 phthalic anhydride tanker, 1 bio-diesel tanker and 1 LPG car. There was active fire when crews arrived on scene.

Residents and businesses with a half mile of the crash were evacuated and two major highways were shut down. In all, over 50 fire departments, 5 law enforcement agencies, the FBI, the local Emergency Management Agency, the local health district, the EPA, the NTSB, the FRA and the state PUCO responded to the scene as well as CSX and their private contractors.

The event lasted over 72 hours and concluded late October 13, 2007. Thanks to all those involved, the emergency was handled without a single injury and without Mentor Marsh sustaining any environmental damage. 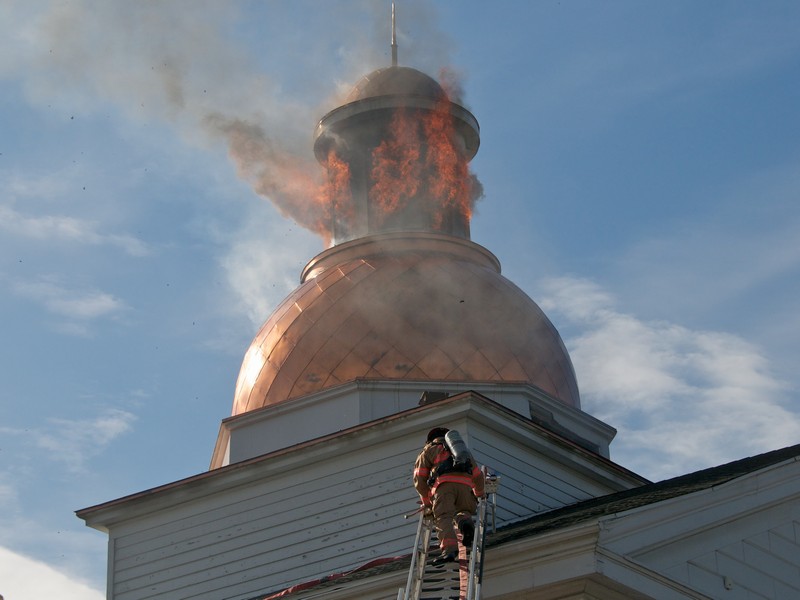 At 4:15 p.m. on Saturday, September 10, 2011, smoke was reported coming out of the copper dome of Painesville City Hall. The cause of the fire was one of the spotlights at the base of the dome falling over, heating the roof until the wood underneath caught fire. The blaze was under control in just two hours. The fire was contained to the dome with the second floor of City Hall suffering heavy smoke and water damage. Damage was estimated at more than $1 million to the historic building. 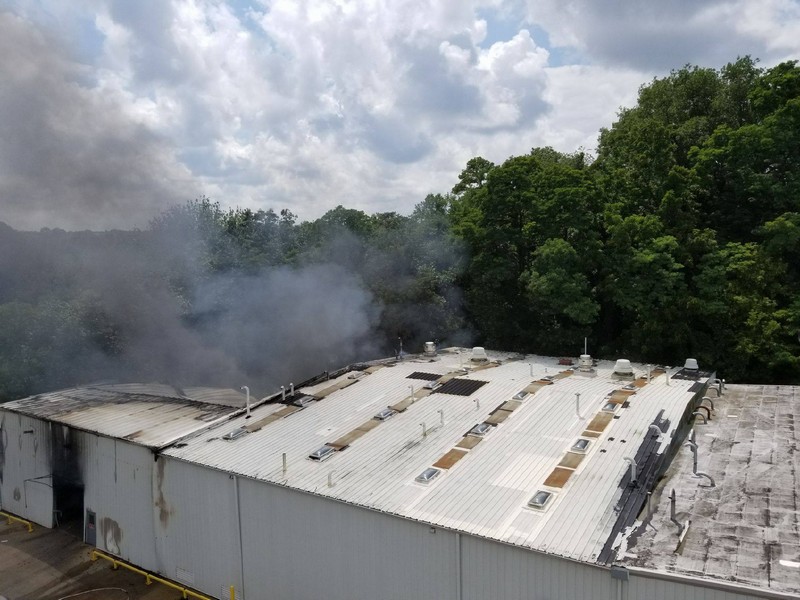 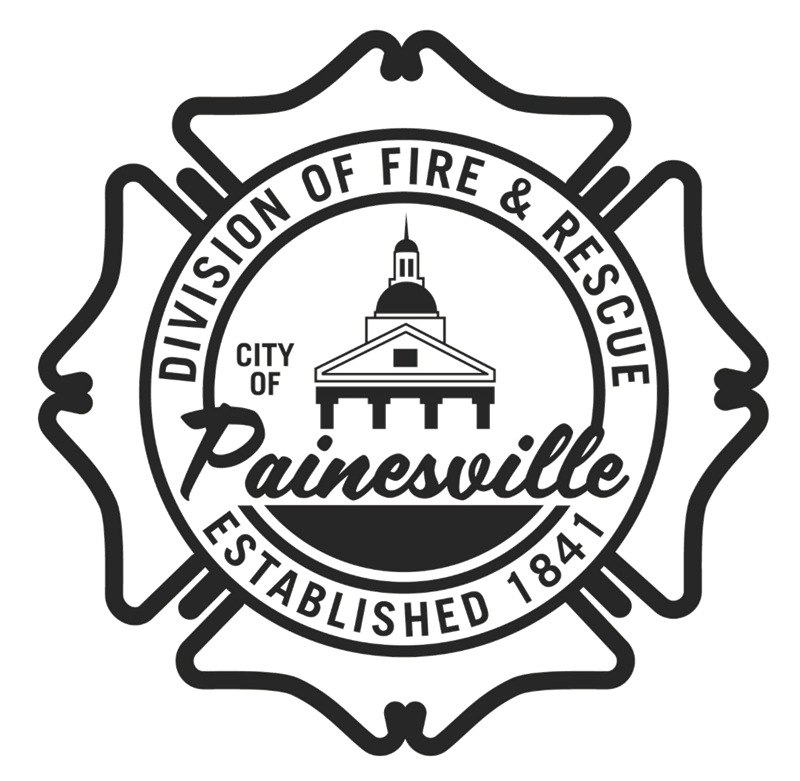